Fun with my friends in S.L. 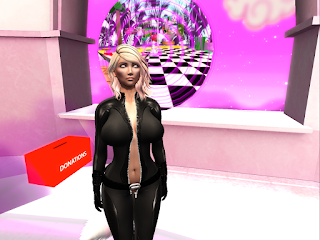 A friend of mind decided to dress up as catwoman...  a hypnotic trigger helped her evening to be a lot more... peaceful. 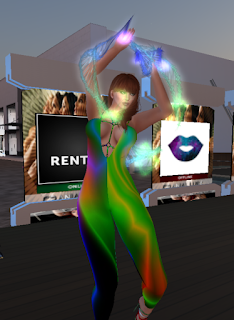 Another friend was hypnotized to give a very hypnotic dance herself...  her outfit flashes. 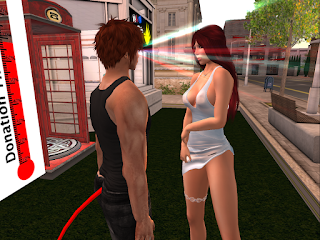 A lovely friend was on her way to bed... a few suggestions and a hypnotic focal point (my eyes) made her night sleep... shall we say... a lot deeper.
Posted by SleepyHypno at 12:22 AM No comments:

Description: Laura encounters a seductive succubus while out for a walk in New Chicago…but something else is stalking the succubus.

Laura was enjoying a cool, clear spring afternoon as she walked carelessly through the streets of New Chicago. She was dressed for the part, wearing a tight pair of jeans and a button up shirt that just happened to be too tight to button around her chest, which, in turn, pushed up her breasts and showed off her cleavage. And since it wasn’t quite summer yet, the cool air made sure that she was nice and perky the entire time.

Being the natural flirt that she was, Laura smiled and winked at just about every guy that she passed. And if she happened to catch the gaze of a young woman…well then she gave them a smile and a wink as well. Her curly, blonde ponytail bounced against her back as she strutted down the street. She was the center of everyone’s attention…and she loved it!

But as she continued down the street she couldn’t help but notice another woman walking towards her, and the mere sight of her made even Laura gasp in shock. The woman was naturally tall, but in the knee-high, heeled boots she was wearing, she towered over everyone else. And she was easily taller than Laura, who was only five foot six inches. She wore a skintight, purple leather catsuit that propped up her chest far more than Laura could ever hope to do with her own. The woman’s dark black hair and tan skin gave her an exotic, almost compelling, look. But her most hypnotic feature was her sexy heel-to-toe strut as she swayed down the street, which showed off not only her athletic frame, but her attitude, all at once.

Read more »
Posted by SleepyHypno at 12:36 AM No comments:

Look into my eyes, ladies...

A few of my friends on SecondLife happened to notice me hypnotizing a friend... one by one they gathered around... and one by one they all found themselves slipping away into a deep... deep... sleep. You can't see it very well in the pictures... but my eyes glow and put out a hypnotic display of lights for them to focus on. Fortunately SecondLife is visual so I was able to get a few nice screen caps. Which is good since the screen caps seems to be all these lovely ladies seem to remember about the evening... hmmm... imagine that... 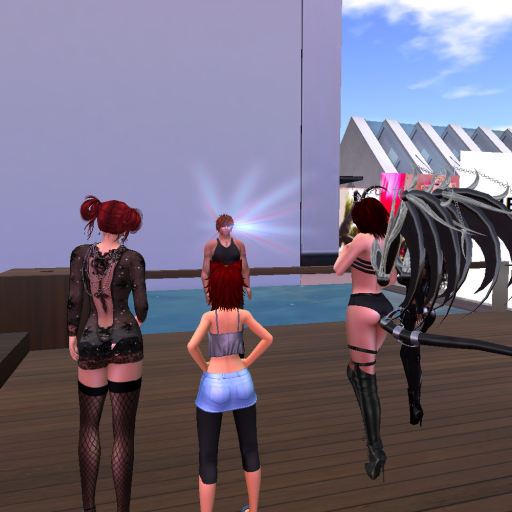 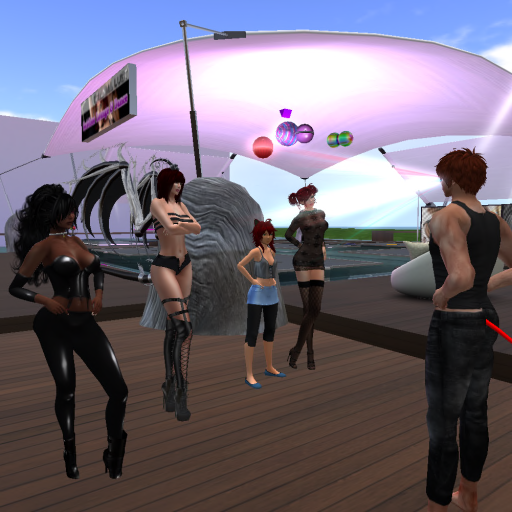 Posted by SleepyHypno at 12:33 AM No comments:

Alan casually walked into Costello’s, a fancy dinner theatre on New Chicago’s north side. Unfortunately he was there for business rather than pleasure, although he rarely had an issue mixing the two. Earlier in the day his assistant had been sent on a little…recruiting mission, and she had not yet returned. Her job had been to find and recruit the part time stage hypnotist, and full time petty thief, Nadia, to resume her role as manager of the newly acquired Spirals Nightclub. But Kelli had not yet returned from her assignment, and so Alan had decided to take matters into his own hands.

To make matters worse, Nadia was on stage performing her show as if nothing out of the ordinary had happened that day. Which meant that Kelli had either failed at her mission, or had not yet attempted it. He took a seat near the back and asked the waitress for a glass of wine.   While he waited, he closed his eyes and stretched out his senses…and there she was. Kelli was clearly in the back of the club, he couldn’t tell what kind of mood she was in but she appeared to be waiting patiently in the dressing room just off of the stage. “Ahh, a clever plan... “ Alan said as he sipped his wine “Let’s see how you fare when the show is over.”

On stage, Nadia was in peak form. She had bright red, almost orange, hair that was tied up in a tight ponytail and trailing down her back. She wore a traditional cabaret outfit, with a tuxedo top and practically no bottom other then pantyhose, the only difference being that her top was bright red.

Lined up along the stage in front of her, seated in five chairs, were her victims: three young women and two young men. All appeared to be from the local college based on their age and the NCU jackets that the two young men were wearing. The hypnotist circled her five deeply hypnotized volunteers with an evil grin. “Ladies...when you wake up, you will discover that the two men sitting on stage with you…are two of the least attractive men… that you have ever laid eyes on.” she started with a devious grin. “However there seems to be an energy around them...if you touch them you will feel a surge of pleasure…and the more intimately you touch them, the more intense that pleasure will become. So much so that you will become addicted to it.”

Read more »
Posted by SleepyHypno at 11:00 PM No comments: